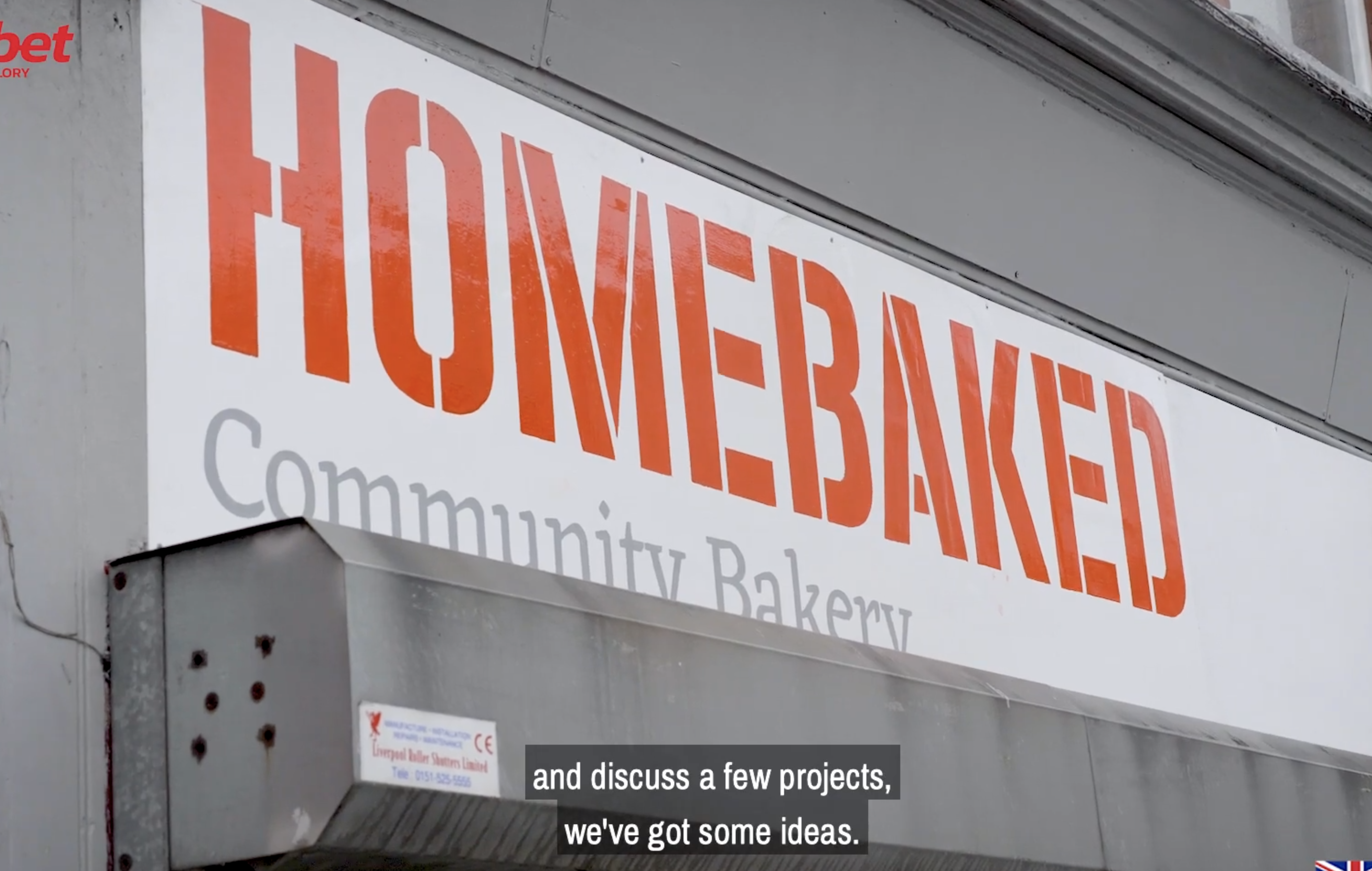 They have been very proactive, they're doing a lot of good work and the support, it's tremendous.
John Pearman

Homebaked is where the Heart is

Red All Over the Land is a fanzine written by Reds, for Reds and since 1995 has been an iconic part of the Liverpool matchday experience. Now they want to give back to the community and with the help of us, that’s just what they are doing.

The only remaining printed Liverpool FC fanzine, Red All Over the Land first went on sale outside the iconic home of Liverpool Football Club on a rainy Saturday afternoon producing over 250 editions in the 25 years or so since.

In the early years, they were instrumental with many things involving supporters and the club as a whole, such as the organising of Flag Days, the now famed Mosaics, as well as raising money for the HFSG and the HJC, and Parkinson’s awareness; all giving an enormous sense of satisfaction and belonging to those involved.

Now, thanks to the unique partnership with FansBet, they are able to help many others in the local community, such as supporting a hub of the local area which has become something of an Anfield institution.

Within a goal kick of the Kop, on Oakfield Road, lies Homebaked, a community owned café and bakery which has been serving the local area for the past seven years, cooking-up an array of homemade delights and providing the perfect meeting place for locals and visitors alike.

Opened in 2012 the neighbourhood bakery is co-owned by people who live and work nearby and having saved been saved from demolition has now been developed into a thriving community-run business.

The Cafe and Bakery has become a real hub of the neighborhood and, as well as the day-to-day running of the business, and operating stalls at markets across the region, also puts on events in the evenings and
training courses for local people.

One such example are the Bread Workshops which are regularly held at Homebaked in which a local baker teaches various groups in the nearby area how to make their own bread with the classes benefiting everybody from asylum seekers and refugees to a local housing group who run a nearby hostel.

Last year Red All Over the Land proudly handed-over a donation to the L4 community-based project being carried out by Homebaked, which enabled the enterprise to fund further workshops within the Anfield district; something which naturally generates  a huge sense of pride and belonging in the area.

And it doesn’t end there. Future plans include opening Homebaked up as a working space for local chefs to use as a pop-up restaurant, honing their creative skills and providing local residents with a host of exciting culinary creations.

So we hope that, thanks to our ongoing partnership with Red All Over the Land, combined with the fine work they carry out in the Anfield area and beyond, this dream will become a reality and will be just the start of many more projects to benefit the local community.

These are just some of the latest partners we have helped.
Getcha Gooner! Arsenal fanzine lives to fight another season
After a year of uncertainty one of Arsenal's longest running Fanzines remains in circulation with a little help from FansBet.
Read more
Punjabi Wolves Lay on free coach travel
Punjabi Wolves Lay on free coach travel
Read more
Shrewsbury Town Supporters’ Parliament scores EFL award
Shrewsbury Town are the first EFL club in England and Wales to operate a safe standing area for home games.
Read more
This website uses cookies to improve your experience. We'll assume you're ok with this, but you can opt-out if you wish. Accept
Privacy & Cookies Policy